If you want to find new opportunities for yourself, one of the best things you can do is improve your English. The best way to do this is to immerse yourself in an English-speaking country.

But where should you do this?

Of course, there are major cities like London or New York. These are glamorous places, but they aren’t ideal for language immersion. Big cities are expensive, and it’s difficult to get to know the locals.

Today, we’ll be looking at just some of the reasons why Northern Ireland is the perfect study abroad destination if you want to improve your English. Some of these are practical. Others relate to the lifestyle and things to do in Northern Ireland.

Northern Ireland is an Affordable Place to Improve your English

Belfast is one of the least expensive English-speaking cities in the world. The rest of Northern Ireland is even more affordable. Unlike larger other cities in the UK and Ireland, this means you can cover your living costs and still afford to have fun.

A massive part of language immersion is getting out and mingling with the locals. As such, it’s vital that you can afford a social life if you’re serious about improving your English.

Northern Ireland also has a range of amazing free attractions, including world-class museums, beautiful hiking trails and stunning beaches. No matter your budget, you’ll always have something to do. 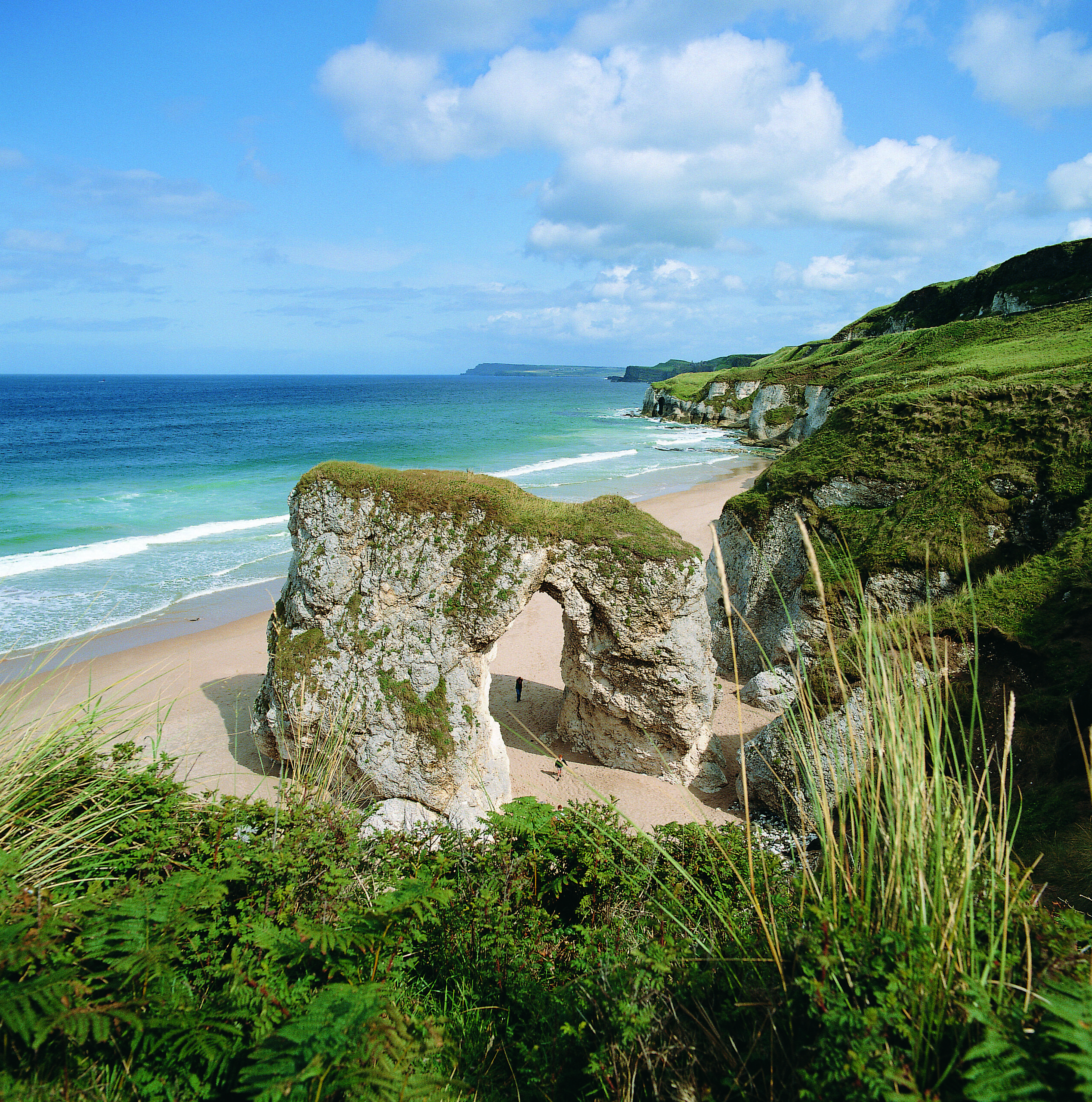 Northern Ireland is known for its scenery.

Housing in Belfast is also some of the most affordable in the UK or Ireland. International House Belfast offers a range of award-winning accommodation options for students in Belfast.

It’s the Perfect Base to Explore the UK and Ireland

International students love to travel. This is a fact of life. As such, when moving to a new city to improve your English, you’ll definitely want to take local transport links into account. Northern Ireland has you covered.

There are two airports in Belfast, covering domestic and international routes, as well as a regional airport at the City of Derry. Dublin Airport is just a few hours from any major Northern Ireland town or city.

Buses and trains to Dublin leave Belfast several times an hour, where onward connections can be made all over the island of Ireland.

Northern Ireland also offers great connections by water. There is even a direct ferry from Ballycastle to the Isle of Islay in Scotland’s Inner Hebrides, also known as the whisky capital of the world.

The UK and Ireland are both popular destinations for English language immersion. Northern Ireland offers the chance to experience both.

Northern Ireland is Steeped in History and Culture

As far as history and culture are concerned, Northern Ireland punches well above its weight. Belfast is probably best known as the city that built the titanic. This might have been over a hundred years ago, but we’re still proud of it.

Titanic Belfast was even named the world’s top tourist attraction in 2016.

For something a little bit older, Northern Ireland is also home to the Giant’ Causeway. Often described as one of the wonders of the natural world, these hexagonal basalt columns were formed by a volcanic eruption over 50 million years ago.

Northern Ireland also has a rich and diverse cultural heritage.

Whether you’re into traditional music in cosy pubs or modern theatre, there are live events to suit every taste.

For literature fans, Northern Ireland’s Mourne Mountains were the inspiration for C.S. Lewis’ Narnia. The North Antrim Coast was a major filming location for HBO’s Game of Thrones. 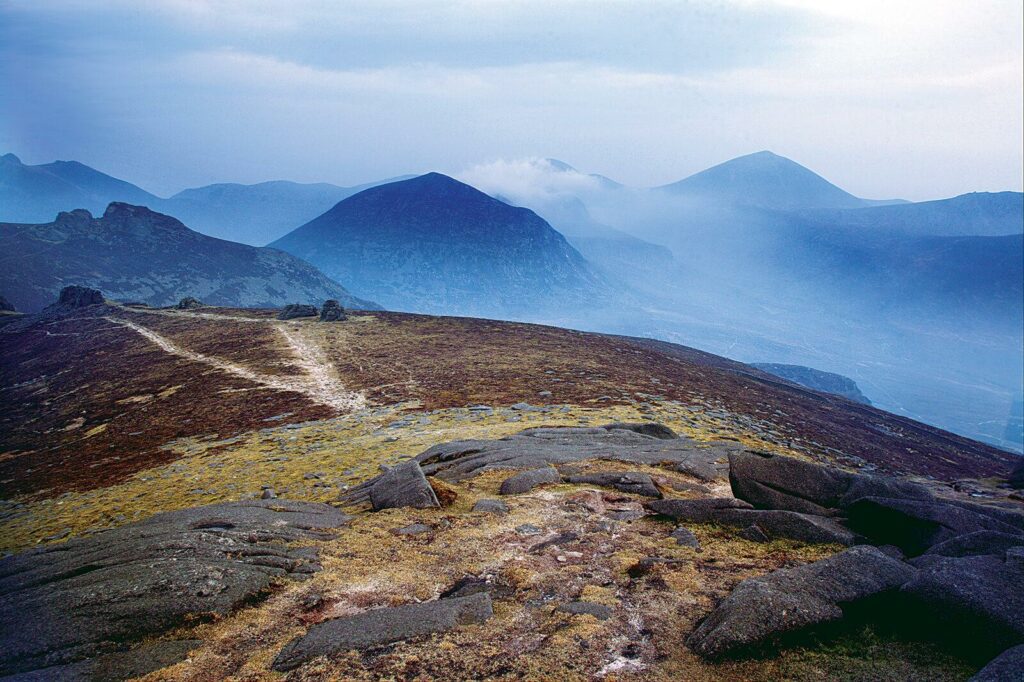 The Mourne Mountains in Northern Ireland inspired much of the Narnia books.

Get to Know Some Unique English Vocabulary

If you’re a language nerd, Northern Ireland is your dream destination. Locals speak with a dialect which is highly influenced by the Irish and Scots languages. This gives you the perfect opportunity to learn new vocabulary and phrases which will impress even native speakers.

You might even start to understand Derry Girls without subtitles.

Of course, language immersion is always a challenge. Indeed, if you find every interaction easy, it’s unlikely that your English will improve at all. It’s important to spend time out of your comfort zone in order to build your communication skills.

One thing Northern Irish people are known for is speaking quickly. This may take some getting used to at first.

However, once you’ve adjusted, your English comprehension skills will improve dramatically.

It’s also sometimes claimed that areas of Northern Ireland are the only places left in the world which still speak English as they did in Shakespeare’s times. This is almost certainly an exaggeration, but there is some truth behind it.

In fact, given Northern Irish people’s history of emigrating, the local dialect often contains elements which might be more commonly associated with American English. Really, this is because of the influence local people had on the dialect across the Atlantic.

Improve your English: English in a Welcoming Environment

There are a lot of misconceptions about Northern Ireland. Around the world, people’s perception of Northern Ireland is decades out of date. Like anywhere, you’ll need to use a bit of common sense. Even so, Belfast is one of the safest major cities in the UK for visitors.

There is also considerably less tourist crime than major cities south of the border.

Instead, you’ll find Northern Ireland to be a warm and welcoming place to improve your English.

Locals are well known for their hospitality and sense of humour. It’s perfectly normal to ask strangers for help in the street. You’ll almost certainly be greeted with a friendly response.

International House Belfast also runs a busy calendar of social events in Belfast to help our students to settle into their new surroundings, and make new friends during their stay.

Our teaching and admin staff have years of experience of helping students to settle in and improve their English as much as possible, all while having an unforgettable experience in one of the most exciting cities in the world.

How to Choose a Business English Course for your Industry

Ready to dive in?