Belfast, the film premiered at Queens Film Theatre last night here in Belfast and some of our staff and students went after class to check it out. The film has been one of the most anticipated releases of the year and did not disappoint. It was a great opportunity to learn more about this wonderful city. Moreover, one student, Nina said: ‘The film was great!! I’m grateful to have had the chance to see it here in Belfast and with the local people.’

What is it about?

Firstly, for Kenneth Branagh, the director of Belfast, this is his most personal film to date. It reflects upon his own experiences of growing up in Belfast as a child. Furthermore, the film takes place in the year 1969, at the start of the Troubles (a period of violence in Northern Ireland). The story is told through the eyes of Buddy, a young boy growing up in a working-class family. Buddy has a big heart and even bigger dreams. While on one hand, the story takes place during a period of civil unrest in Northern Ireland, there are a lot of scenes that will have you nearly laughing off the edge of your seat. As a result, Belfast is a testament to Northern Ireland, its people, history, and culture.

Where do I get tickets?

So, what are you waiting for? Find our where cinemas are showing the film near you. Here at IH Belfast, we can recommend Queens Film Theatre, Northern Ireland’s leading independent cinema, located beside Queen’s University, and a five-minute walk from our school.  To read more about the film, check out some of the latest reviews on IMDB:

In conclusion, if Belfast has inspired you to come to the city why not consider studying an English course with us?

A final word from the director

The film is dedicated to ‘those who stayed, those who left and those who we lost.‚ 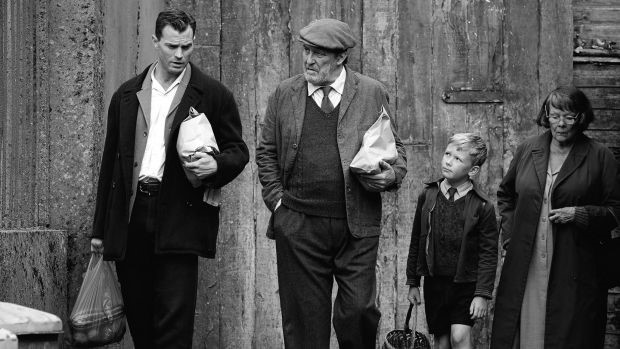